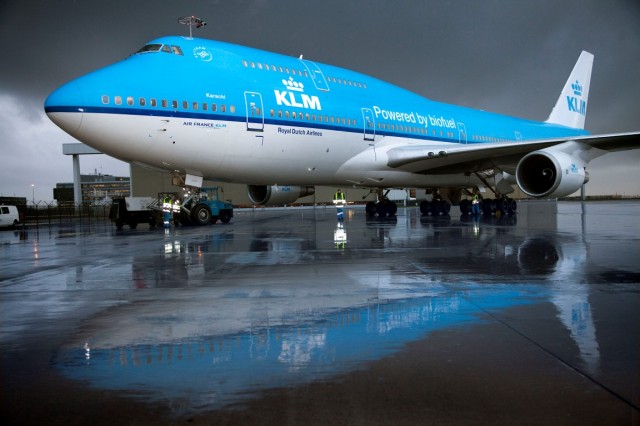 If you want to find a major source of transportation-related emissions, just look up.Aviation currently accounts for around 2 percent of global carbon emissions, and many analysts believe its share could triple by the middle of the century if projected growth in air travel occurs.


But finding alternatives to fossil fuels has proven much more difficult for aircraft than it has with ground vehicles.One possibility might be replacing jet fuel with liquid hydrogen.


That's a concept posited by a study of ways to improve energy efficiency across all forms of transportation by physicist and Leiden University professor Jo Hermans, published in the journal MRS Energy & Sustainability.


"Given the severe weight limitations for fuel in aircraft, liquid hydrogen may be a viable alternative in the long run," Hermans says.


At ambient temperatures, hydrogen is in a gaseous state, so it must be chilled to transition into liquid form.


But since the fuel would be handled by professionals at all times, he suggests, safety risks would be reduced.


Airports equipped to operate jet aircraft already have infrastructure and experience with handling dangerous liquids, as jet fuel is itself a significant fire hazard.


Because liquid hydrogen is very light, it would also prove highly advantageous in aircraft, where weight is a constant consideration.


It certainly has a huge weight advantage over batteries or hydrogen fuel cells and, as a liquid fuel, it might not require modifications to aircraft design as drastic as those other alternatives.


Very low outside temperatures at altitude would also reduce hydrogen losses from "boil off," which result from hydrogen's low boiling point, Hermans argues.


Liquid hydrogen has been tested as a fuel in cars: one notable example was the BMW Hydrogen 7 program that lasted from 2005 to 2007.


But when it comes to cars, Hermans believes batteries are the way to go.


With rapid battery improvements that will extend range, he argues, battery-electric cars are most viable for large-scale zero-emission transportation.


They are, he suggests, considerably more practical than are those powered by combustion engines fueled with hydrogen—whether liquid or compressed gaseous—and even those propelled by electricity generated in hydrogen fuel cells.